The American College of Pediatricians speaks up about the issue of Gender Ideology.


The American College of Pediatricians has posted a timeless article on their site defending children against the social ill of Gender Ideology. I admire these brave doctors for the public stance they have taken on an issue that seems to be causing constant controversy. 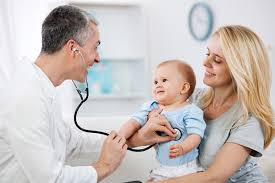 Originally posted March 21, 2016 – a temporary statement with references. A full statement will be published in summer 2016. Updated with Clarifications on April 6, 2016.
The American College of Pediatricians urges educators and legislators to reject all policies that condition children to accept as normal a life of chemical and surgical impersonation of the opposite sex. Facts – not ideology – determine reality.
1. Human sexuality is an objective biological binary trait: “XY” and “XX” are genetic markers of health – not genetic markers of a disorder. The norm for human design is to be conceived either male or female. Human sexuality is binary by design with the obvious purpose being the reproduction and flourishing of our species. This principle is self-evident. The exceedingly rare disorders of sex development (DSDs), including but not limited to testicular feminization and congenital adrenal hyperplasia, are all medically identifiable deviations from the sexual binary norm, and are rightly recognized as disorders of human design. Individuals with DSDs do not constitute a third sex.1
2. No one is born with a gender. Everyone is born with a biological sex. Gender (an awareness and sense of oneself as male or female) is a sociological and psychological concept; not an objective biological one. No one is born with an awareness of themselves as male or female; this awareness develops over time and, like all developmental processes, may be derailed by a child’s subjective perceptions, relationships, and adverse experiences from infancy forward. People who identify as “feeling like the opposite sex” or “somewhere in between” do not comprise a third sex. They remain biological men or biological women.2,3,4
3. A person’s belief that he or she is something they are not is, at best, a sign of confused thinking. When an otherwise healthy biological boy believes he is a girl, or an otherwise healthy biological girl believes she is a boy, an objective psychological problem exists that lies in the mind not the body, and it should be treated as such. These children suffer from gender dysphoria. Gender dysphoria (GD), formerly listed as Gender Identity Disorder (GID), is a recognized mental disorder in the most recent edition of the Diagnostic and Statistical Manual of the American Psychiatric Association (DSM-V).5 The psychodynamic and social learning theories of GD/GID have never been disproved.2,4,5
4. Puberty is not a disease and puberty-blocking hormones can be dangerous. Reversible or not, puberty- blocking hormones induce a state of disease – the absence of puberty – and inhibit growth and fertility in a previously biologically healthy child.6
5. According to the DSM-V, as many as 98% of gender confused boys and 88% of gender confused girls eventually accept their biological sex after naturally passing through puberty.5
6. Children who use puberty blockers to impersonate the opposite sex will require cross-sex hormones in late adolescence. Cross-sex hormones (testosterone and estrogen) are associated with dangerous health risks including but not limited to high blood pressure, blood clots, stroke and cancer.7,8,9,10
7. Rates of suicide are twenty times greater among adults who use cross-sex hormones and undergo sex reassignment surgery, even in Sweden which is among the most LGBQT – affirming countries.11 What compassionate and reasonable person would condemn young children to this fate knowing that after puberty as many as 88% of girls and 98% of boys will eventually accept reality and achieve a state of mental and physical health?
8. Conditioning children into believing that a lifetime of chemical and surgical impersonation of the opposite sex is normal and healthful is child abuse. Endorsing gender discordance as normal via public education and legal policies will confuse children and parents, leading more children to present to “gender clinics” where they will be given puberty-blocking drugs. This, in turn, virtually ensures that they will “choose” a lifetime of carcinogenic and otherwise toxic cross-sex hormones, and likely consider unnecessary surgical mutilation of their healthy body parts as young adults.
Michelle A. Cretella, M.D.
President of the American College of Pediatricians
Quentin Van Meter, M.D.
Vice President of the American College of Pediatricians
Pediatric Endocrinologist
Paul McHugh, M.D.
University Distinguished Service Professor of Psychiatry at Johns Hopkins Medical School and the former psychiatrist in chief at Johns Hopkins Hospital

Check out the entire article here with notes and clarifications.