Dominican Bishop Robert Mc kENNA PASSED AWAY YESTERDAY, dECEMBER 16TH. i AM POSTING THIS ARTICLE FROM THE ANGELUS SO THAT READERS MAY BECOME AQUAINTED WITH HIM. HE WAS ORDAINED A DOMINICAN IN 1958, BEFORE THE COUNCIL. REQUIEM AETERNAM DONA EI DOMINE, ET LUX PERPETUA LUCEAT EI. REQUIESCAT IN PACE. 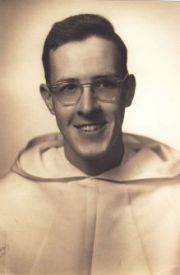