A Confession From Menzingen 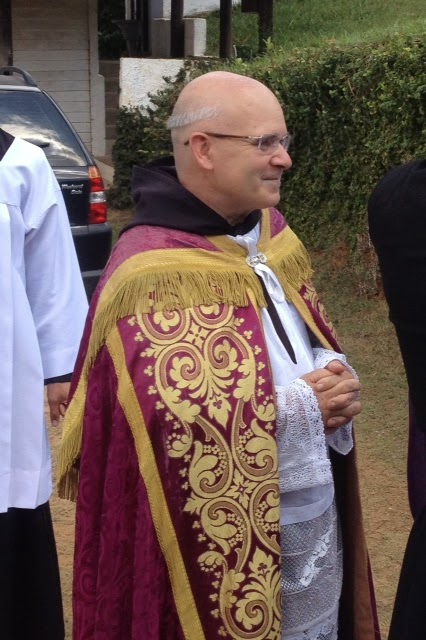 The communique from Menzingen on the 19th of March, although brief, informs us of a good number of things. Among these, we find a confession here: that Bishop Williamson was expelled from the Society of St. Pius X because of his opposition to the accordist policy of Bishop Fellay.

Up until the present, Menzingen spoke about disobedience: Bishop Williamson was undisciplined, a bad subordinate that does not obey the orders received.  Now, Menzingen confesses the true reason: "the violent criticisms" of Bishop Williamson regarding the relations of Menzingen with the Roman authorities. The same as Bishop Faure. This is where they fail.

The incident of the letter of the 3 bishops to Bishop Fellay and his assistants was not digested well by them.  Relations with Rome, Archbishop Lefebvre had them as well, but with the hope that Rome recovered, that it would return.  In fact, Archbishop Lefebvre was who directed the negotiations and he did it with invincible certitude, because his criteria was the Faith of all times.  Including, that while doing this, he nearly fell into Rome's trap. "I went too far", he said.

On the contrary, with Bishop Fellay, everything happens in a completely different manner.  It's not him that directs the negotiations. It is not him that has the strength to say to Rome: "It is I, the accused, who will have to judge you." No, Bishop Fellay does not present himself as a judge of the errors of Rome.  He presents himself more like the guilty party "in an irregular situation" who must reintegrate himself into the fold and suffers because "his" Society does not follow suit.

Allow us to add with emphasis: Judge Rome? Isn't this the role of the superiors and not of inferiors?  Of course.  But the superiors have already cast their judgement. It is Quanta Cura, Pascendi, Quas Primas, etc., that condemns the liberal popes.  It is Rome, Eternal Rome, who has already judged neo-modernism and neo-Protestantism.  Bishop Fellay seems to have forgotten this and he makes it forgotten with his "visible Church of today." End of emphasis.

Bishop Williamson was in the way of the negotiations of Menzingen. He constituted an obstacle.  We knew it well, but the General House gave another version. Now, they confess it.  It's the "violent criticisms" of Bishop Williamson against their operation suicide that have been the cause of his expulsion.  It was about time that Menzingen said it and now they finally have.

Nevertheless, Menzingen misrepresents the question in saying that these violent criticisms were about "any relations with the Roman authorities". No. This is not true.  The criticisms were regarding an incorporation into Rome, that would put the Society under its modernist and liberal yoke, by which the devil tries to arrive at what Gustavo Corção called "the terminal sin": to bring down the last bastions in one last, monumental affront to God.

And to do this we could not lend our support.  The devil will not achieve his goals because Our Lady is watching over: Ipsa conteret. Here is where our hope is.  She will not be let down if we are faithful by the grace of God: Fidelis inveniatur.