Consecration of Fr. Faure on the Feast of St. Joseph in Brazil


By now the cat's out of the bag and everyone is well aware that on the feast of St. Joseph this week Bishop Williamson will consecrate Fr. Faure a bishop.  The consecration will take place in the Monastery of The Holy Cross in Nova Friburgo, Brazil.  The Monastery of the Holy Cross is the Benedictine monastery headed by Fr. Thomas Aquinas, who distanced himself from the Benedictine monastery in Barroux, France after Dom Gerard made a deal with the Vatican after the episcopal consecrations of '88 that later resulted in the loss of the fight for Tradition in his monastery with the end result being that today the Benedictines in Barroux defend Religious Liberty openly and other conciliar errors.  Fr. Faure, being a pioneer in the Traditionalists movement and once the SSPX district superior in Mexico, was originally selected by Archbishop Lefebvre to be consecrated a bishop. It seems that the liturgical vestments of St. Pius X were able to be borrowed providentially for the consecration.

So now that the beans have been spilled to the accordistas, everyone is wanting to know about a possible excommunication.  Some accordistas are even attempting to claim that a state of necessity will not apply in this case and that the excommunications will be valid.  I think that such desperate attempts to discredit any resistance to Modern Rome and and the men who occupy these positions in the Church are disingenuous if not dishonest.  Of course, those who make such ridiculous claims also seem to support the Bishop Rifan who defected from the traditionalists fight at the turn of the century and took a similar and worse course, now only to be defending the New Mass and sending once traditionalists parishioners to attend it.  I think any who seem to lend credit to the excommunication will find themselves trapped in the great movement of apostasy that has taken out others from the fight for the Faith. There seems to be a long list of them now days.  They even seem to be attacking themselves as of recently as we can see with Michael Voris from Church Militant TV attacking in a shameless fashion those other accordistas who seek to get as close as possible to the modernists in Rome and think that they will be able to continue to criticize the modernists actions of those. It seems that Bishop Fellay has "learned his lesson" in this regard as he began to criticize Francis in 2013 for being a modernist only within weeks later to state to everyone that we didn't know what he was meaning when he said that and that Francis is not really a modernist. Interestingly, he doesn't seem to have stated anything else criticizing Francis and apparently has even been continuing on his very own destructive path to Rome to the point of inviting the conciliar bishops to the seminaries recalling to mind the last time someone came from Rome to the seminary of Econe and scandalized the seminarians with their modernism. 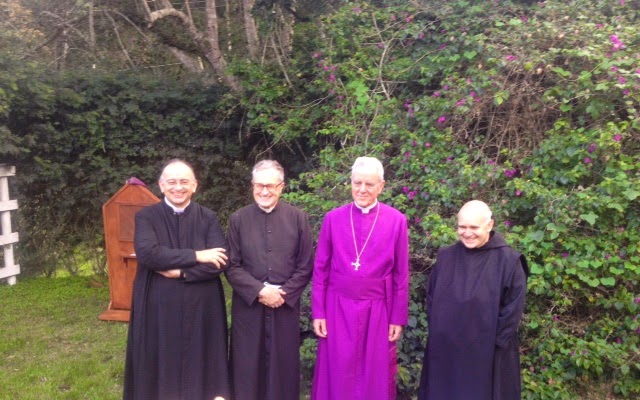 It seems that there will always be those who are too full of pride to face the facts or those who simply refuse to admit. We see a long line of them being misled by their leaders and falling in droves into the conciliar errors most unwittingly: Barroux and Dom Gerard, the St. Peter's Priest who up and abandoned the Archbishop and accepted the conciliar errors as a trade off for the Mass, Bishop Rifan who now offers the New Mass and sends others to it, the Once traditional Redemptorists of Papa Strongsay who have been completely suppressed by the modernists, the institute of the Good Shepard, and we can add to this list of compromisers the authorities and superiors of the SSPX, rightly labeled by distrusting souls the neo-SSPX.  And so now that the modern Roman authorities have managed to draw a large portion of traditionalists away from Tradition with all the enticings of having their traditional Mass, it makes sense that a new "excommunication" will come to those knucklehead traditionalists who do not want to abandon doctrine in order to have their Mass.

Does the need exist for another bishop? Absolutely! Bishop Williamson has been busy traveling the world to confer the sacraments. He goes where he is called to go. This is what defines the need. No priest utilizing the state of necessity has ever imposed himself where he is not called to go. The good Bishop is called to visit many countries, there are many children yet waiting confirmation not to mention religious vocations beginning to rise in those who want to maintain the line of Archbishop Lefebvre. The need to defend the Faith and pass it on to others is crucial and the justifying point of the matter.  Time will tell the truth and those who accept the excommunication will meet the same fate as those others who desired so much to make deals with the modernist Roman authorities, as if that is what makes one Catholic.

The consecration is certain to be an extraordinary event.  I look forward to attending.

Be sure to check Non Possumus for updates!