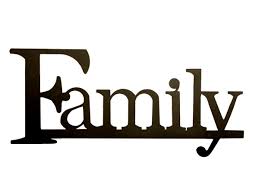 GENDER IDEOLOGY
At the beginning of the 21st century, we are challenged, perhaps without realizing how important it is, by one of the most influential cultural manifestations of our time, a manifestation which has clearly negative repercussions on the family and on the whole of our society: Gender Ideology.

IDEOLOGIES
Ideologies were unknown until the end of the 19th century. The course of history has seen the development of ideas, philosophical theories, and intellectual constructions, but not ideologies. An ideology, as a modern phenomenon, is an all-embracing and closed system of thought, which, on the basis of some very simple principles, gives a complete vision of man, society, history and all the events of everyday life. Moreover, once its principles are accepted, it is coherent in itself. If the premises of an ideology are accepted, the whole construction becomes logical and coherent. It is necessary to step outside it to see the inconsistencies. If one were to share the prejudices of Hitler in respect of morality, history and the roles of the Arians and the Jews, it becomes logical to exterminate millions of innocent Jews. If one shares Marx’s views on class struggle, it is easy to understand the 50 million deaths during the soviet regime.

IDEOLOGICAL CONFRONTATION
In our day and age there continues to be a worldwide ideological confrontation, which is as omnipresent as that which existed between Marxism and freedom in the 20th century. Today’s confrontation is between, one the one hand, a conception of the person and society inspired, albeit vaguely, in Western humanism, and on the other Gender Ideology. We are talking here of two closed and all-embracing systems, which are alternative and noncommunicable.

We do not normally perceive this ideological struggle as such, because many the those who live by traditional Western cultural standards are simply not aware of it; and because many of those who defend gender ideology disguise the fact that their approach is ideological, and they present their ideas as individual initiatives in the defence of rights: the right of women to abort, the right to homosexual marriage, the right of transsexuals to appear as such in the civil registry. What is presented as isolated initiatives is in fact the political agenda of a highly structured ideology.

THE FEMINIST MOVEMENT OF THE 60s
Gender ideology was born from the American feminist movement at the end of the 1960s, when a group of women began to criticize the existing feminist movement and to state that there had been a mistake of direction in establishing as their target equality between men and women.
For these new feminists, who styled themselves as gender activists, the objective of women’s liberation would not be achieved by equaling the rights of men and women, but by eliminating the distinction between men and women. These ideologues began to state that there is nothing natural in the distinction between men and women. In their opinion the psychological, social and sexual roles associated with being a man or being a woman are purely  cultural constructions, invented by man in order to “enslave” the female to the service of her “reproductive function”, for man’s benefit , by means of that “oppressive institution” called marriage.  Therefore, if there is no natural, non-cultural difference between man and woman, what must be done to achieve liberation of women is to eradicate, to “deconstruct” – this is the term normally used, taken from structuralist philosophies – all those cultural, religious, legal and linguistic categories which, for centuries, have been used,
according to this ideology, to reinforce the anti-natural distinction between men and women.
They prefer the term “gender” to “sex”, because there are only two sexes. “Gender” is a word taken from linguistics and takes us to the terrain of culture. For them, “gender” is a personal construction which each person freely chooses; this construction is what they call “sexual orientation”.
According to this ideology, each individual independently chooses his or her own sexual orientation, without regard to natural conditioning – they consider there are no natural determining factors as far as sex is concerned; so it is up to each one to construct his/her own identity, his/her sexual orientation. Everything is equally valid: to be heterosexual, transsexual, bisexual or homosexual; your choice is the result of your independence and therefore all are equally valid. It cannot be said any one of these orientations is better than any other.

MOTHERHOOD & MARRIAGE
According to the proponents of gender ideology, what is the only bad thing as far as sexuality is concerned? On the one hand, the thing which, they claim, “condemns” a woman to being a woman; that is, motherhood, which is what makes women physically consecrated as women, and on the other hand, the institution that man invented to enslave women to motherhood, marriage. For this reason, the whole of gender ideology is steeped in phobias about motherhood and marriage. Why is it that under the new law of gender identity transsexuals are allowed to appear in the Civil Registry with the
sex they wish to have, rather than what their chromosomal and morphological makeup indicates? Because I can create my sexual identity as I wish; it does not depend on whether I have an operation or not, whether I add to or remove parts from my body. If I decide, whatever my bodily formation is, that I am a woman, I register as a woman; if I decide I am a man, I am entitled to register as a man. This is the latest idea in gender ideology: I can freely choose my sex, my gender, and moreover I am entitled to recognition of that fact by registering my choice in the Civil Registry. Judith Buttler, one of the proponents of gender ideology who is most widely read in the U.S., often claims that true
liberation lies not only in the independent construction of one’s own sexual orientation, but also in the fact that others recognize you as such. Whatever my body has to say, I am only free when it is I who decide whether I am a man, a woman, or transsexual; and what is more, to enjoy my freedom, I need others to accept my choice and be obliged to treat me as I see myself. For this reason it is so important to eliminate any moral, legal or sociological distinction between men and women;
for liberation to be achieved, it is necessary for others to accept you as you have decided to be.
Perhaps the most precise definition I have found of what gender ideology means is a phrase I read in a work by Joseph Ratzinger when he was still a Cardinal: ”Gender ideology is the ultimate rebellion of the creature against his condition as creature”. He goes on to explain: "modern man, through atheism, has tried to deny the existence of a superior being who has something to say about the truth about man himself, about what is good or bad for him; through materialism, modern man has tried to deny the demands on himself and his freedom, which derive from accepting that he is also part spiritual; and now, with gender ideology, man wishes to liberate himself from the constraints of his own body. Through gender ideology, modern man is an independent being, who constructs
himself, he is pure will who self-creates himself. He has become god for himself."

At the present time and since the beginning of the 1990s, gender ideology is omnipresent in all the agencies of the United Nations The population agencies of the U.N., specifically UNICEF, UNESCO and the WHO, have progressively incorporated into all their documents and distributed throughout the world the categories and terminology which are characteristic of gender ideology. The first time I heard of this ideology, which at that time sounded strange to me, was during the Cairo Summit on Population in 1994. The next time was in Peking in 1995, at the Women’s Summit Conference, organized by the U.N. The conclusions of these two summit conferences triggered a worldwide reaction by Pope John Paul II, precisely in an attempt to prevent the official summit statements from converting into U.N. doctrine the philosophy and terminology of gender ideology. From the United Nations, gender ideology has now reached the European Union, and from there will enter legislation of the different countries, as is the case in Spain at this time. At the present time, gender ideology and pro-abortion go completely hand in hand. This ideology is used by the population agencies of the United Nations as an instrument of birth control. As one of the heads of population policy at the U.N. recently said: today we do not wish to control population in the traditional gender roles; we wish to change those roles in order to control population.

DROWNING EVIL IN AN ABUNDANCE OF GOOD
Because of the negative consequences for the family and for society which this ideology implies, it is an urgent necessity to begin a cultural battle to counteract its expansion. In the first place, by what we say, by speaking about all the valuable things which fill our lives and our homes, without fear of demonstrating them to our fellow citizens. This is an age that needs not so much teachers as witnesses, people to show others with their own lives how much life is worth living. What is more, in order to be able to convince with solid arguments, it is necessary to be informed, by reading and listening to those who can help us to have clear ideas. This is very important in those spheres in which personal happiness is very much at stake, marriage, family and children. If people see that we are happy, if people see us as people in love with life, as people who are not afraid of what bearing and rearing children means, then our lives will have a positive impact on others. Another way of influencing people positively is by associating; one person, on his own, can do very little in a pluralist society like ours; a lot of people together can do lot more; a lot of people in an association can do very much more. Without doing anything exceptional, we all have great power. If all the people who live normally good lives, defending what is upright, were prepared to assume this aspect of their social responsibility, I truly believe we could bring about radical changes in the world.