Did the SSPX just accept Vatican 2?

Did the Society of St. Pius X just accept the Second Vatican Council? 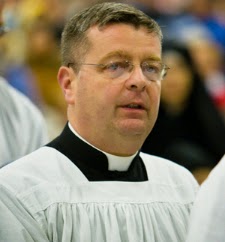 Fr. Bouchacourt publicly claimed in an interview with Clarín that "the Jewish people did not commit deicide".

Catholics everywhere are now talking about the news that the SSPX was accepted and recognized  with the aide of the conciliar cardinal Mario Aurelio Poli.  It seems that all of those who have wanted a deal with the Vatican are jumping for joy.  The usual Ecclesia Dei fans have all jumped in to sing kumbaya!  The SSPX extends its gratitude to them by praising the conciliar blog Rorate Caeli, for breaking the news, even though the news was already reported in several "resistance" sites in English, such as Non Possumus.  One should be reminded of the fact that the blog which is now being praised on a SSPX official site, also praises long-time betrayer Bishop Rifan, who traditionalists of all flavors had long considered a modernist.  It is coming as a huge surprise to many that such a reaction of praise is being met with about this event.

Long time defenders of tradition such as John Vennari are even somewhat content.  He had this to say in a comment on facebook today..."I in no way believe that this latest Argentine news means that the SSPX is poised to accept Vatican II, nor do I think it means that Bergoglio's Rome is poised to now give 'canonical status' to the SSPX. Fundamental doctrinal conflicts still remain.".  Yes, according to Mr. Vennari, it is no big deal.  Christopher Ferrara over at the Remnant had some even more shocking things to say about it: "It is inconceivable that this action was taken without the prior approval of Pope Francis. For this he deserves the praise of every Catholic concerned about justice in the Church."  Incredible!  No more Bergoglio boogey men under the bed! And suddenly, the Franciscan Friars of the Immaculate have been forgotten. It would've never been achieved if not for the public apostasy of it's district superior and the expulsion of the anti-Semites...BRAVO Pope Francis...we all will now rejoice and sing praises to you.

The most worrisome of all, of course, for Catholic thinkers, as opposed to those who do not think but rather dismiss everything that the "resistance" says as being "paranoid", "nasty", "sedevacantists", and a long list of etceteras... is that the SSPX has been reported as having accepted the Second Vatican Council by the secular press.  By the secular press, I am referring to the most read newspaper of Argentina the Clarín.  Readers may remember hearing about the Clarín almost two years ago, when they printed a personal interview with the then district superior Fr. Bouchacourt.  Since then Fr. Bouchacourt has been moved to France where he is the district superior of one of the Society's most important districts.  In this interview, he condemned a Rosary led by faithful of the SSPX in the Buenos Aires cathedral as an act of reparation for the ecumenical meeting of the Jewish B'nai B'rith.  (see video here)  Most notable of the interview was what seems to be an act of public apostasy where Fr. Bouchacourt SSPX denies the Gospel account of the Passion and claims that "the Jewish people did not commit deicide".  This public scandal was never retracted or even explained to the faithful.

Nevertheless, it seems that what has happened in Argentina is not a result of a unilateral recognition, I am hard-pressed to admit.  This is nothing more than the result of the SSPX being recognized by the Argentinian state due to efforts of a particular cardinal in order to alleviate the immigration process.  Allow me to repeat that I do not believe that this is the result of a unilateral recognition or a deal with modernist Rome. I could be wrong, however.

However, what is of concern is the reaction from the the SSPX site of the US district. Regarding the article from Clarín they had this to say: "On April 12, 2015, the Argentinian newspaper Clarin announced the decision of the Secretary of Religion, Guillermo R. Oliveri, published in the official bulletin of the Argentine Republic on April 9, 2015; according to this decision the Society of St. Pius X is recognized in Argentina as a juridical person and has been added to the Register of the Institutes of Consecrated Life in which are listed the Catholic orders and religious congregations present in Argentina."

The SSPX US district would have done well to not have mentioned the Clarín article, especially regarding the past issue.

But what did the Clarín article have to say?  Why should I say this?  "The return of the Lefebvrists to the Church in Argentina, which is deducted as having been the approval of Pope Francis- is seen from those near the pontiff as an achievement because it implies that at least one sector of the followers of Lefebvre have accepted the Second Vatican Council. But it certainly will not be met well by progressive sectors. After all, it was the desire of the immediate predecessors of Francis." (english translation here)

Will the SSPX at least deny having their Argentinian sector accept the Second Vatican Council?  Let's be clear; I don't believe they have officially accepted the Council.  Again, I could be wrong, but I hope that I am not.  But for the sake of the common good, if a highly read newspaper claims that you have accepted the Council, and you cite this newspaper  on your official site, you should be informed about the history of the matter and what this newspaper is saying.  So did they just accept the Council?  Will they clarify?  They were quick to "denounce" the consecration of Bishop Faure, even before Rome did.  Will they remain silent about this public accusation of having accepted the Second Vatican Council made by a secular newspaper whom they are "joyful" in citing? (read what the US district said here)

Perhaps someone should seek a clarification from the US district website.