Source: the official site of the Dominicans of Avrillé
translated from Spanish text at Non Possumus 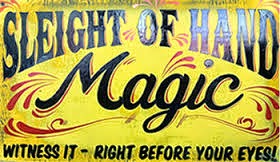 Menzingen solemnly declared: the episcopal consecration of Bishop Faure, on March 19, 2015, is not at all comparable to the consecrations of 1988. The declaration caused surprise because of its extremism, so Menzingen instructed its shock propagandist –Fr. Alain Lorans- and the house theologian -Fr. Jean-Michel Gleize- to justify it in DICI [3 April 2015].

In 1988, a French newspaper illustrated its article about the episcopal consecrations with an unexpected photograph: after the ceremony the faithful ate sausages near the seminary of Ecône. Under the photo, in highlighted characters, the title “the schism and sausages have been consummated” was displayed.

At the same time, fierce anti-consecration militants close to the Fraternity of St. Peter only retained two sentences, out of everything, from Archbishop Lefebvre: the one where he justified the consecration of the 4 bishops because of the possibility of a Soviet invasion of Europe; and the one where he mentioned the apparition of Quito (in Ecuador). For these supporters of an agreement with conciliar Rome, the case was tried: Archbishop Lefebvre only consecrated for human, sensationalist or aparitionist reasons.

Considering wherewith what few means, DICI stoops itself to the same level from the beginning.

The prestidigitation, sleight of hand

A reporter worthy of the name would have honestly explained the reasons invoked by Bishop Williamson (the consecrator), Bishop Faure (the consecrated) and Father Thomas Aquinas (the host of the ceremony) in order to promptly debate them. DICI prefers to focus on the details that will be able to be presented from a slanted, ludicrous angle, in the manner of an informative from Canal + (French television channel).

Certain statements from Bishop Williamson were also selected in this way, in general, the anecdotal explanations regarding the circumstances of the ceremony.  But DICI is a great magician: for their readers, these became the essential reasons for the consecration.  And the brave conjurer in chief, no doubt relieved to get to the bottom of his delicate mission, seriously concludes that "these reasons are in stark contrast with the reason for the 1988 consecrations".

Against the rules of addition.

Never mind sleight: in light of the requirements of Menzingen, DICI could hardly do without arithmetic, but arithmetic cries for vengeance!  Well, this conclusion openly violates the laws of addition. In order for the reasons of Bishop Williamson to be able to be in "stark contrast with the reason for the 1988 consecrations", in principal, this reason should be different from those reasons.

Even if Bishop Williamson did not have any additional reason, this necessity that persists is sufficient to justify a new consecration, ever since the moment that Bishop Williamson needed to be helped, assisted or replaced in his episcopal task.

In consecrating Bishop Faure, Bishop Williamson invoked, firstly, the reasons of the necessity that persists since 1988 and 1991, before adding some others. That the latter reasons are displeasing to Menzingen and DICI is very possible. But either way, they do nothing but add to the previous ones. They do not suppress, replace, decrease; they only increase. Even if their value was null, the first reason remains intact. This is the principle of addition, a strong and well-established principle. Until today, no magician has been able to shirk it. DICI, are you really sure you are capable of attempting the impossible?

The main attraction of the show is evidently offered by Fr. Gleize.  Let's be fair, he strives to rise from the level (which is not very difficult).

A quality theologian, maybe he does not appreciate too much being employed by Menzingen in these carnival attractions. He does everything he can to keep his dignity in the midst of the circus.

He even expresses himself as if he were not fully aware of the circumstances in which he is involved, and this slight lag adorns the situation comedy, which possibly is not completely involuntary.

Until next time, God willing.